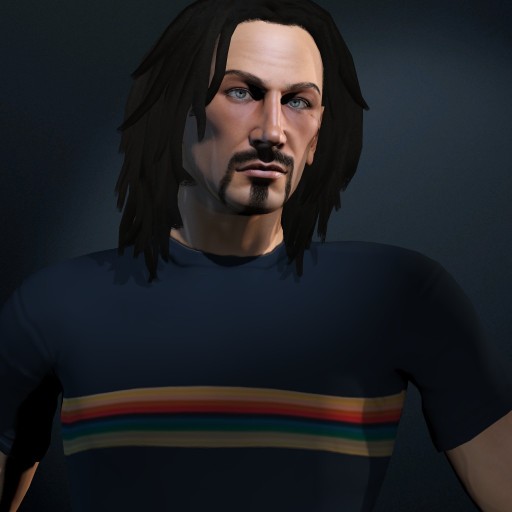 Started in Hi Sec, don't we all. Missions and mining mainly. Got into a null sec alliance Te-Ka out in drone regions. Outer passage actually, not that it had a name then. Null sec bear was cool, but lacked the instant gratification of hi sec. Stopped mining when the price of trit fell below 1.0 isk per unit. 7 years ago I grew a pair and start flying lo sec, R&D building faction ships, some FW, some hauling. Joined a w/h academy 3.5 years ago, graduated and moved to a c4. Been there ever since, love w/h, it IS hard work but the rewards are unimaginable, not just isk, but camaraderie and unpredictability. Last year we crashed some Sov, entosis all the things.

I've been a gamer for 30 years, unless you count chess in which case add another 10. At college I was a class rep, and an exec. officer for the student union. Made me stop and listen to people, negotiate, remaining calm and professional. My CV is quite varied, I started in the media industry as a sound and lighting engineer, which obviously turns into scriptwriter, then media researcher. Life changes and atm I'm looking for a job therefor have lots of time for Eve and by extension the CSM.

New Bros. We need them, we need them bad. Without new blood this game stagnates. This is as much down to us as CCP, we play, we know people who don't, YET.
Null sec. is empty, it was never that populous in the first instance but now it's a ghost town. I don't know if it is fatigue or sov. but whenever I enter null it is empty system after empty system. Then you'll get something of a hub with all the people in Station. Null sec. has always enjoyed the status as where to go when you get good. Now it seems to be mainly farming with little meaningful combat.
Hi sec is full. Compounding the problem of null sec recruitment is the fact the hi sec is safe. Gankers and war deccers notwithstanding hi sec has too much to offer for the risk averse; don't get me wrong I believe it is working as intended so the solution to the hi sec question will take a lot of work, and even more pain.

I have hull upgrades 5 and resists 5. I have decent diplomacy and don't tend to go postal if I don't get my own way. I can make a decent argument but open minded enough to be persuaded. I see the CSM as bridging group between player and CCP.

I think expectations on both sides of the CSM should be re-evaluated, it is not a mechanism for space president, nor is it necessarily lightning in a bottle. At best it is a focus group, we should be honest enough to call it such. Drop the meta, make eve betta.

Dedicate all local channels to Bob. Roids that drop officer loot (surely these things are a space hazard). Sort out the scanning map, I've had complaints about it being hard to read. Seriously CCP aren't responsible for players having fun, players are. CCP provide the tools ...

Join public channel: Brodit's Surgery.
Eve mail me.
Convo me directly, be warned I might be hunting or scanning so it might take a while.

Faction WAR. The Amarr show their true colours and sneak attack on Caldari, Brutor Tribe annex Dodixie. All future clones awake in militia according to race.