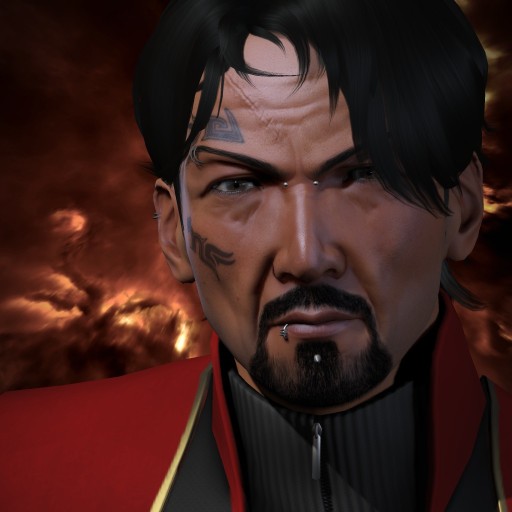 I hereby announce my candidacy for CSM XI!

Last year I ran for CSM X - I didn't make. I did however end up 22nd out of the 76 candidates, which was an amazing accomplishment. This has only encouraged me further as I know that I can make great contributions to the CSM, and that is why I'm running again for CSM XI.

Who am I?
My in-game name is Bobmon. I have been the CEO of Evenews24.com for 2 years now.

I started playing EVE Online in 2010 following an introduction by a couple of my friends who had their own Dutch corporation. This corporation was part of an alliance that had an active war going on at the time I joined. I was a brand new player and back then you couldn't really get involved with PVP so I decided to make a new alt, fly over to the location of our enemy, and see what they were up to. After a bit of chatting, I got to know them and they asked me to join. I then began relaying intel to my friends, and so I'm very proud to say that my first task in EVE Online was to be a spy!

Focus
I think the most important job of a CSM member is to be a bridge between CCP and players. Players are the ones playing, and can help CCP discover problems with EVE Online that need to be solved. EVE Online is in a state where a lot of new features are being released and so it's exciting to see what the future holds for us, the players.

My focus will be:

- Communication between player and dev
- Nullsec / lowsec
- Alliance Warfare and how changes affect this
- Don't forget about the independent players when it comes to changes
- Space Usages / Coverage
- Ships and their use
- Make sure changes are necessary and not the ''let's add a shiny ship'' tactic
- Make sure the devs understand players’ problems
- How changes affect small alliances
- Fleet fights (Think about 50 high sp chars vs. 250 newbies)
- Increased support for Events
- I would love to see an increase in support for our players who are blind, deaf etc.

These are not points I will purely focus on, I will deal with whatever is necessary. However, I do think that the above points are very important for the future of EVE Online.

Do you have any points that you find important? Please contact me! (details will be at the bottom)

Why do I want to join the CSM?
Over my years of being active in the EVE Online community, I've come to the conclusion many times that I'm deeply in love with our community. This is a key reason to why I've always kept playing EVE Online and it has often put me in a position where I had to explain to my RL friends why I'm so passionate about the game!

While being active, I've also been in a ton of game related discussions and through my work at EN24, I've been in contact with a lot of different types of players, from the best FCs to the pilot who can barely fly his Retriever in highsec. I’ve spoken with those players a lot, and I’ve learned about their ideas or concerns.

This is my ultimate drive to be a CSM member! I feel that sometimes changes are made to affect bigger groups of players to the detriment of the lone members. I would like to represent those individual players and make the game more beautiful for them and everybody!

- 0.0 Nullsec Warfare: I have been a part of multiple 0.0 alliances with whom I fought many battles!
- FC: Started in 2011 and from that point on led everything from small subcap fleets to capital fleets.
- Alliance Leadership position: Second in command & Head Diplomat of Unclaimed.
- Mentor for new players: I’m currently a mentor for members in Pandemic Horde
- Evenews24 Chief Editor and CEO
- Part of the Evesterdam Organisation team
- Player Presenter: Was one of the presenters for EVE TV at Fanfest 2015.
- Fanfest Presenter: gave a presentation about EVE Media
- Member of the #Rekkingcrew

All of these aspects have taught me a lot about the game and the players who play it and I think that they will help me a lot as a potential CSM member.

In real life I've had the oppertunity to do some teaching on the side which I really enjoyed. I also do volunteer work where I work with kids between the age of 7 till 11.

2: I feel that sometimes changes are made to affect bigger groups of players to the detriment of the lone members, potentially stopping them from having fun in the game.

3: The game is in a state of change, where a lot of new concepts are implemented This is not something I would call an issue but I do think that it will be crucial to make sure that communication between the players and the Developers stays healthy so that potential problems can be fixed rapidly.

What makes me unique from other candidates is that I, over my years of being active in the EVE Online community, have come to the conclusion many times that I’m deeply in love with our community. This is a key reason to why I’ve always kept playing EVE Online and it has often put me in a position where I had to explain to my RL friends why I’m so passionate about the game!

While being active, I’ve also been in a ton of game related discussions and through my work at EN24, I’ve been in contact with a lot of different types of players, from the best FCs to the pilot who can barely fly his Retriever in high sec. I’ve spoken to those players a lot, and I’ve learned about their ideas or concerns. This helps me understand the problems that are out there and make it easier to discuss these problems to find possible solutions.
I would also refer to RoCkEt X, leader of the Rekkingcrew, his support statement to answer this question:

‘’ Bobmon will have my support, Bob is a ‘people person’ and has easily what it takes to communicate player’s feedback and ideas to the developer team. He’s young and enthusiastic, but what he lacks in experience he makes up for in his energy, and his capacity to take guidance from others (I’ve experienced this first hand whilst he’s been flying with me as part of #REKKINGCREW). He definitely has a buzz for the game and it’s community. I feel he would be a valuable addition to CSM XI.’’

Also, I’m used to entering discussions while being under NDA (or something compared to an NDA). An EVE related example of this would be the discussions I have with PL as a topic. I’m obviously not allowed to leak any internal information about PL and its operation however through experience I’ve learned to find ways to still discuss the topic, without leaking information.

Personally, I believe that players should get to know a lot more about what the CSM actually does. Now this doesn't have to mean that they will be told the current points of discussions, but it will show the players why the CSM is important.

I would also love to see more CCP hosted places where the CSM could talk. And example of such place could be the o7 Show. I think it would be awesome that after a CCP developer announced a new feature to hear them a CSM member talk about how they discussed it with CCP etc. This would again show players the actual importance of the CSM and why they should vote.

Limit the amount of ''walls'' that players can run into playing the game so that they can continue their gameplay with both their group and them individual.

I also think that CCP needs to look more at the current situations and look for ways to solve those instead of making a whole new system which will have flaws that might be even more annoying to the players. Improving a current situation would show players that developers care about their day-to-day game experience.

They can get in contact with me in the following ways:
Poke me on twitter @Bobmoneve
Mail me: Bobmon.eve@gmail.com
#tweetfleet Slack: Bobmon
or contact me ingame ''Bobmon''

You are asking for my wishlist here uhmmm maybe a pirate faction Titan could be cool!