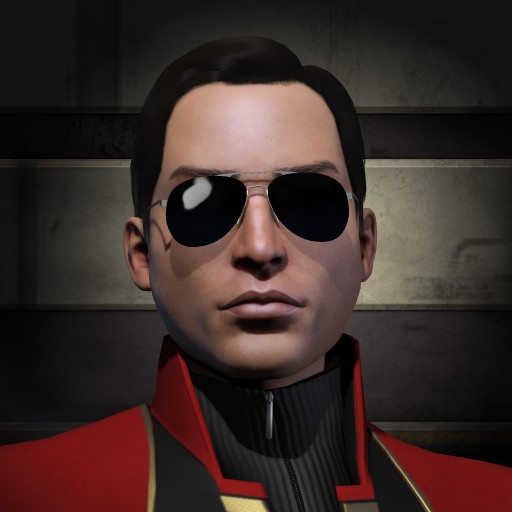 One of the most fascinating aspects of EVE Online is the non-linearity of the true sandbox. Not just the multitude of different possible objectives to achieve, but the deeper source of non-linearity: the fact that there are multiple ways to attain the same objective.

This exists in a fundamental format in EVE, with the number of different ways to fit a ship and a plethora of different ways to win an engagement. It is this sense of agency and consequential decision-making afforded to the players that, to use a cliche phrase, makes EVE great.

However, it still lacks from some of the core game mechanics in EVE, particularly with very large ships, as well as structures and sovereignty mechanics.

It is my hope that over the coming year, iterative changes to structures, capitals, and perhaps even iterations upon Aegis Sov will allow for more opportunity for multilateral approaches to these types of gameplay. And it is more directly my desire to assist CCP in providing feedback and directional advice on how to implement these expansions upon our game.

I have played quite a few different roles in EVE, ranging from an FC, to a diplomat, to a POS dude, to a member of alliance leadership, to, most importantly for the CSM, that of an analyst.

Over the course of the last year or so, I have spent many hours and days analyzing, line by line, mechanical changes to EVE Online and the potential impacts that they could have. Beyond just devblog-reading, this involves looking at historic mechanics and how they have changed, and comparing them to our state now.

I have published a number of weighty columns on this topic, including analysis of changes since approximately Phoebe (with a little bit of mention going back as far as Crius) and suggestions on a number of paths forward. In addition to the analytical content, the process of writing, editing, and publishing these columns has synergized fairly well with my diplomacy experience in EVE to allow me to be a fairly effective communicator.

In real life I am a near-graduate student in Physics, specializing in atomics, who also dabbles in the field of computer technology. Much of my work in computer tech as well as the opportunities I have had to specialize in Physics have led me on an analytical path: constructing new systems to fulfill a certain goal as well as systematically breaking down and analyzing existing ones.

1) Capital ship gameplay is quite stagnant. In short, there is little-to-no use for capital ships in the amount that they have been produced in EVE. This holds especially true for supers and titans which are in somewhat of a risk of being viewed as relics of a bygone era. While this is partially being rectified with the upcoming rebalances to carriers and presumed alterations to dreadnoughts, supercarriers and Titans are still woefully in need of some alterations, perhaps much along the same conceptual lines as carriers are getting.

2) Sovereignty is too linear. In a word, even though the capture mechanics under Aegis Sov are a definite improvement from the utter grind-to-a-halt that late-game Dominion Sov became, the fact remains that it is still quite a linear objective. While node warfare does open Sov warfare up to constellation-scale battles and much more flexibility, the basic grind of "Entosis this structure, wait for the capture event, and then take nodes as fast as you can" is still fairly one-dimensional. As a result, despite the greater variation on types of fights that can be had, the fundamental linearity will eventually wear thin. The best way to fix this would be to implement multiple different (possibly interconnected) avenues for claiming Sov.

3) Corp and alliance-level leadership mechanics really need some love. This holds especially true for alliance-level leadership mechanics, wherein the alliance relies almost entirely upon people with roles in the Executor corp in order to accomplish just about anything. Greater tools for both corp and alliance directors, such as corp/alliance blacklists, alliance hangars and roles rather than the aforementioned reliance upon Executor corps, the ability to create alliance offices, etc. would be an enormous quality-of-life change for small and large organizations alike.

As previously stated, I have a fair bit of experience in both analysis and group communication, allowing me to both come up with solid and comprehensive feedback/suggestions, as well as deliver it in a clear and approachable way.

While it is difficult to say for certain having never actually been on the CSM, I would say that interpersonal conflicts within the CSM have resulted in some pretty serious problems and that the best way to reform it would be to have multiple people in charge of actually communicating on a regular basis with the CSM rather than a single (or small number) of people who serve as sole contact for much of the term.

The one thing that is most attractive about EVE is the ability to make true and meaningful decisions rather than choosing from a series of preordained linear paths. The best way for CCP to keep EVE fun is to maintain and expand upon that ability to create your own gameplay experience from an almost limitless number of options.

Beyond a shadow of a doubt it would be the theme of delivering multiple different structures like the ones talked about at Fanfest 2015 to the playerbase at once. I would want to not only create multiple types of structures, such as the currently known Citadels and the speculated Gates, Mining Depots, and Factory structures, but create the ability to sub-iterate on each one, creating such things as Administrative Citadels and Market Citadels, Ore Depots and Gas Depots, Subcapital Factories and Module Factories and Component Factories, you name it. With the material that CCP has released thusfar the possibilities are truly endless!