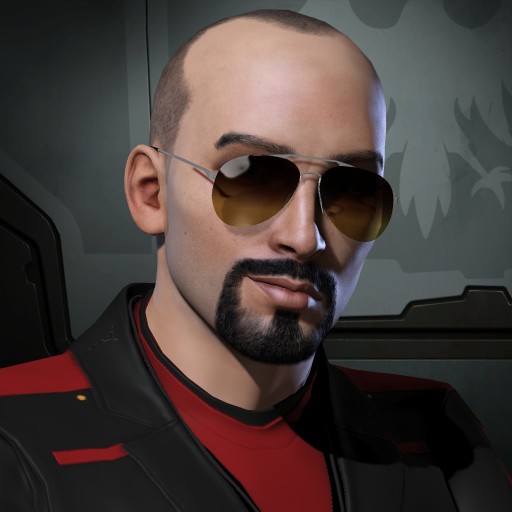 Everyone wants to log on and create content, be part of a fight, get rich and/or acquire something, build something as a team, or otherwise partake of some chaos and hilarity. However, in the current state of EvE, this can be an actual challenge, for many reasons. The population distribution across space challenges content creation, and the accessibility and availability of income streams make some regions totally inviable for living, while pigeon-holing others into regions 'for' a particular purpose, which I feel is anathema to the design of a proper sandbox.

Started with a group of friends from a previous MMO. They all quit after we could not figure out what to collectively do in the game together - it wasn't for them, they didn't like risk.

Have been in many corps and alliances, all trying to live the dream of fun in null.

A)Income accessibility and distribution
Null needs to be profitable enough for an individual or a small alliance to actually want to live there. Risk is the lifeblood of the game, but there's nothing nearly as available, accessible, or as profitable as Hi Sec incursions in low or null. Until low and null are actually worth living in, rather than just existing as places to fight, we dont have a sandbox - we have a theme park.

B)Capital Rebalance
You want caps to be big and magical, and inspire some awe, but you don't want them to be literally uncounterable. It's gonna be a hard balance to achieve.

C)Jump Fatigue/Warp Speeds
Jump Fatigue hurt the little guy as much as it did the big guy - moving/relocating is now such a huge pain that many either quit or just self destruct everything. The combination of both shorter ranges and fatigue at the same time may have been too much. Warp speeds need to have a look at; while its good to have the variation between ships to add tactical depth, the game would not suffer from a net buff to all warp speeds.

I am an effective collaborator and am willing to see any issue from all sides.

More players on it, less politicians.

Think about the daily experiences of an average player. What do they think, feel, or want changed? What would give them more of what they like, and less of the stuff they do not?

In game mail, in game convo. Will come to any TS or mumble and chat with you anytime!

Nullsec livability. If I could make as much in null as people do in HS incursions, and have access to player content, that would make EvE the best game ever!