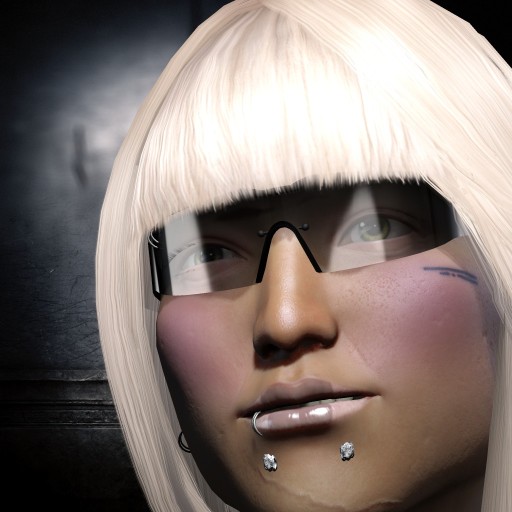 I have extensive knowledge of the wormhole space Meta and the day to day life all wormhole corps deal with. This makes me a good candidate to represent other wormholers and myself in the CSM. Especially with regards to other changes and how they will affect wormhole space (null sec spawns, dread changes, citadels, to name a few recent or upcoming changes).

I'd like for CCP to have a serious look again at the spawning of K-space wormholes, most notably nullsecs, in high class space. The recent changes to the numbers need to be looked at in depth to make sure that high class space is not being starved of content in the form of null sec.

A second look at the possibility of more dual static wormhole classes to make wormhole space more interconnected. This has been something the wormhole community has been talking about for a long time and I'd like to bring it to the table at the CSM.

I want to have a voice in the eventual revamp of capital escalations. You might be surprised but I do think the current method is a bit lucrative. CCP needs someone in their corner that has been doing it for years to get it just right.

I want to always bring to the table “Hey that is going to affect wormholers and here is why”. For instance I want Capitals to always have a balanced place in combat and PvE. Broad changes to Eve needs to always have someone double checking the repercussions for W-space.

Hey I’m Noobman. 2012 is the year in which I started playing EVE. I started out as a miner but after four months I left that life behind me and found my way into faction warfare and other forms of lowsec PVP. To make some ISK I started running incursions, mostly with the goal to buy a pilot with more SP. After a couple of months of grinding I bought Noobman and that is where my EVE story actually starts.

After buying Noobman I joined Hard Knocks Inc as I was very drawn to way of life in wormhole space. In the years after that I climbed the ladder. Starting out as a PvE FC, then FC'ing the smaller armor fights with continued success I became HK’s preferred FC, which began my career into WH corp administration. In May 2014 I was promoted to “Director of Operations”.

Now
Currently I am still a director in Hard Knocks Inc, in my day to day I deal with logistics, PVP, and diplomatic related things.

I’ve manage POSes, dealt with Recruitment and handled our Finances. I’ve led small single corp invasions to massive multi-alliance invasions and defenses. Some I’ve been successful in, such as Nova and some I’ve failed such as Polaris. I know the ins and outs of w-space, I know the HK trade secrets, and what keeps us competitive in the Meta.

Hard Knocks Inc has been a force in wormhole space that has grown to be a well-known and stable entity for the past few years and I'd like to think that I have contributed to that success.

Outside of EVE people call me Sean, I am 25 years old and I am a Computer Science Major. I am competitive and like to have fun. This year I got to go to EVE Vegas and met up with a load of friends and EVE devs. My plane tickets for FanFest 2016 are booked and I hope to see many of you there!

1. "What are we fighting for?" If there was more of a reason to invest the time to attack and defend then there would be more brawls happening. The valuable conquerable thing needs to have a balanced attack and defense with the highest game design goal on time spent. 30 mins seems like a good baseline. You ask someone "Hey you got 30 mins to go help me with something?", "Yeah sure!". But when you get to something like "Hey you got 1 hour or more to help me with something?" "Uh idk what are we gonna go do? ehhh no". Everyones got 30mins, and a good chunk of players only have 2-3 hours to play per night. Now if these players got into a brawl that lasted an hour more they will glading play longer for content. Time investment kills content, the FC's don't want to waste thier members time and the member don't want an hour or more worth of blueballs so they don't join the fleets.

2. Mobility - Going hand and hand with time investments, a big deterrent of FC's not risking forming a fleet and creating content is travel time. How far will your corp/alliance travel to show up for a fight? 20 jumps? 25 jumps? 30 jumps? In Hard Knocks it's about 15 jumps! Typically the tackle can't hold while more tackle burns to assist or our target might not be vulnerable in more than 15 jumps not to mention how many wh's we have to tackle through to get there and the mass we are putting through our holes. If we absolutely have to go 20+ jumps we refit our low slots to hyper spatials and inertial stabs and free burn as fast as we can to get there and have to refit before we engage. Boring time spent warping gates. I think CCP needs to invest thier own time into development of a solution to our laziness :P. Alarms are going off in people's heads well what about "Force Projection"? Ya its something that needs to find balance but its not insta jumping all over the map and cynoing a 200 man fleet right next to you. It's still taking gates but traveling faster through space. You can easily scout an incoming fleet and slow them down with with small gangs picking off stragglers in the back or in WH/null well placed dictors. I wish there was some sort of travel mode or modules that could have drawbacks like negative tank. traveling through Highsec? Good Luck not getting ganked....

3 Commitment - Lastly keeping with the theme of "time investment" there are so many kiting and long range no commitment fleets like Cerbs and Petes that need to have a skillful difficult counter play to them. We've got mjd dessies that cause chaos and move people around but we need something that we can attempt to hold kitey fleets down. Something we discussed in #structures on tweetfleet slack was if you were firing on a citadel it puts a short warp disruptor effect on you like 5-20 seconds. makes fleet warps less effective for disengages and put more survival into the individuals piloting skill. Different classes or types of interdictors would be the dream. I love the commitment of the 5 min siege timers for dreads in exchange for such power.

I am a knowledgeable and dedicated Eve player that consistently logs in daily and is social and approachable. I keep up to date on all development plans and current game mechanics. I have spent the majority of my Eve career in Wormholes and I know them inside and out. I think I will be a valuable resource for the CSM and CCP being one of the few WH candidates seeking an active role on the CSM.

I think there should be more accountability and credit given to changes that CSM members are directly involved in.Whether CCP gives shout outs in dev blogs to CSM created solutions or CSM given leeway to claim credit for thier ideas.

If there are "Lame Duck" CSM Members, then you need to have them replaced will someone willing to put in the time. Maybe a minimum mandatory quarterly quota of meetings attended.

And obviously any way to improve communication will increase the utilization of the CSM.

Focus on mechanics that work, such as timer/dps based structure warfare in WH/Null/LS. Every day people still form fleets to show up for structures exiting reinforcement.

New exploration/universe events and new ships/modules/structures give people something to look forward to and keep them logging in to try them out.

Continue your commitment to keep improving the New Player Experience and retaining young pilots. More people in Eve the more people to shot!

I'm generally logged in every single day in Eve, so a simple convo is great. If you would like to gather your thoughts and put them into writing shoot me an eve mail.

Or for near instant out of game contact hit me up on twitter @NoobmanHK or on Tweetfleet Slack.

If I could choose one thing that would 100% get CCP to look at and spend development time on it would be the mechanics how W-space is connected to itself and k-space. Reward active scanning and navigating WH chains. People can only log in and scan for 1-2 hours find zero content and say "Hey, I should not waste my time scanning anymore." before they quit scanning.