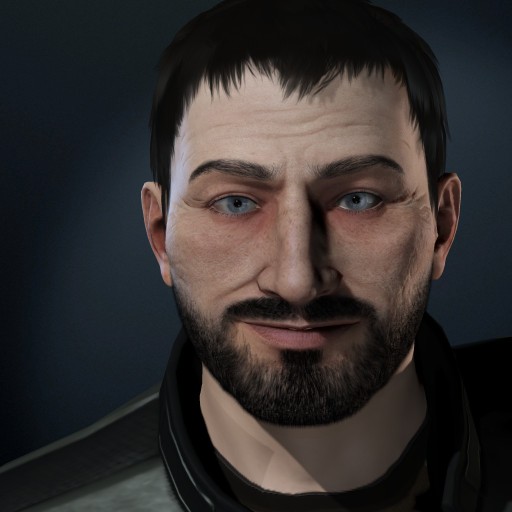 The non fighting parts of Eve need a big overhaul
The contracting part is so 20th century
The asset module is terri…I mean not real fine
The gui in total is a not nice feeling in the lower backside
So..let us, for instance, make sli working so we get to see space instead of windows
Give us gui masks to switch with one push
Where is our promised science part in Eve?
Hate afk playing? Then let us make it more attractive to play atk
We need almost all players, So keep the old and bring in new.
We seriously need to promote Eve more. Why is Eve never mentioned in the Big Bang Theory for instance?
Add player driven content. HiSec Freighter Ganking alone will kill people of boredom at the end and if that happens for whom can I haul then?

I started where all noobs start.....in a WH :) Well in fact I went there with the one that introduced me to Eve... I experienced the warmness of hi-sec much later... When I left WH i became a miner and from that a trader till...I finally found a even warmer place to exist. The Red Frog Pond! It is great to play with a community like the frogs, but basically with all you players, Every time I am at a player meet like Fanfest, Evesterdam, Gfleet I think we eve players rock.

Damp, where are the smaller characters if you need them? I was a math teacher for 9 years (don't hold it against me, I like numbers) But besides that most of my working days is ICT. Nowadays as a teamleader.

The non fighting mechanics are, well less then they should and could be. . Why bad? Making a contract almost gives one RSI. But seriously. To make sure you guys get enough ships and ammo to blow eachother (and yes me too) to smitherines we should oil the machine to produce and haul them!
We need new players. We always need new players. This game is great, This community is great...where are the flocks of people crying to get in? More people is more isk is more dev is more content is more fun. But we must do it by promotions, and helping people getting in not by turning it into WoW
Low and null sec content. I can't believe that te best we can come up with on a Saturday evening with 25 guys is to shoot at an unarmed freighter on AP :) Shoot it of course, but make sure there is reasons and meaning to go roaming low and null sec after. And get into some real troubles and fun!

I don't think i have all the answers. But I surely think I know a lot of the problems we face in eve and have the quality to bring them to the tables of the devs and rest of ccp. I think a lot of the non-fighting stuff in Eve needs to be improved. This with ever knowing that above all Eve is a PvP game and should be. Where others may go for the big things and fighting stuff, I have seen neglection of things like contracting and asset management long enough and will act upon that,

Now we run for all csm. Why not create a few majors like PvP, Non PvP, New Players, And let people, if they like run for general posts of one of the majors. Basically now all csm candidates could find contracting the thing to chance and forget about the pew ew :) CCP and the players (or CSM's) could decide for 2 or so specials for each election depending on where most pain is felt and get a special candidate for that issue.

Endorse all different playstyles. I often see people complaining about the playstyle of others and think it should be altered. I think we should make it possible to play lots of different styles. So not making Hi Sec more insecure, Not making low sec more secure. Not making ganking impossible. But above all make it worth while being active in the game. For instance. What use to stay atk as a freighter pilot when you have no chance at all against gankers when you are atk? And no, CCP devs allready said no to my Freighter Doomsday idea :)