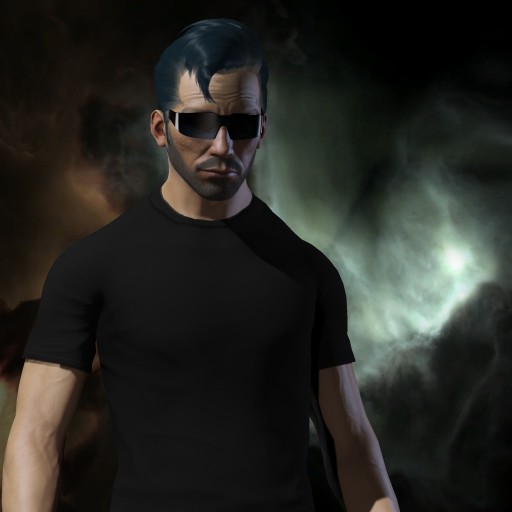 In its first decade, Eve online was a wild west where dreams of empires were achievable. The mechanic of the game so far has encouraged players to join larger groups to find security in numbers and organization. Still, the domination of N+1 fleet has been correctly identified as a problem for the game, and the stagnation of null sec has been called out as an issue. This second decade must be the age of revolutions, and the game must offer mechanics that can threaten established alliances, forcing the largest groups into actively defending their territories, or become splintered. It should also prevent hidden influences by established power players protecting their personal interests. There are no revolution without the ability to wage effective guerilla warfare, and the CSM needs voices that can lobby to make sure features that are designed to be guerilla friendly do not end up being nerfed to uselessness to protect established interests

For CSM XI, I am throwing my hat to represent all guerilla fighters. From lone wolves, as CCP Seagul called us in her latest videocast about the return of expansions, to small groups and gangs that are fighting against larger forces, guerilla warfare is on the rise, with the game moving away from the domination of N+1 fleets.

I am not the best PvP pilot, even if PvP represents 75% of my game time, I am not the best industrialist or market overlord, I am quite simply a random player lambda that chose to stop bending the knee in the past and walked away to establish my own play style, that is not willing to kiss any ring and that got moved to participate to this electoral debate after seeing the influence the established power players wield within the CSM itself, and how this affects the game we all play to their own advantage.

In CSM XI I want to be the voice of the guerilleros, those that can't be bought with ISKs or positions of powers because they are fighting for an ideal that no imperialistic power will ever be able to embrace..

ran last year as a candidate for the Solo play style.

I consider myself a solo player because I do not pay any taxes to any player controlled entity with any of my alts for anything that I do, and I am not receiving any income from any other player except when selling the goods or services I am producing (on my own POSes production lines) , looting the wrecks I can get my ships on, exploring the vastness of New Eden, and the occasional short term loan when needed from one friend or another.

I have found out during the last year that there are many shades of solo, and this term is often used with different meanings for each one of us. There are many other players that I also consider solo, some unknown living their gaming passion in anonymity, others more outspoken about their play style, like Gevlon Goblin or Zosius.

Being solo does not prevent us from interacting with other players in different ways, affecting the meta according to our means, or trying to accomplish some things of significance. Above all, I believe that solo players are not looking to rule over other players and take advantage of other players' game time to fill their own pockets.

**One term limit for CSM members

The CSM is a group of elected lobbyists representing a faction or a play style. I support only one term for each CSM member, so that every term newer engaged members of the active community can help shape the discussions with CCP on the game we all share. My position has not changed much from last year, except for promoting having one vote per active player, rather than one vote per active account.

Guerilla is about wearing down enemies organized in larger numbers, and that have access to overwhelmingly greater forces.
In the same way that sov-holders value control over their region, guerilla tactics must provide a value for the efforts deployed to weaken stronger forces, without becoming overpowered when used by the larger groups themselves. Labeling guerilla tactics as “trolling” is part of their propaganda metagame geared at protecting their influence on the game.

**Require that all players link all their alts publicly, with a slight change in the EULA, and remove the character bazaar.

There are some activities in Eve that do not yet fit into the risk versus reward model that is widely accepted as being core to Eve game design. Cloaky campers, infiltrated spies or destabilizing agents using anonymous alts are activities with high potential rewards and little risks. They favor power players with the means to maintain multiple accounts.

Anonymous alts may have been a good thing for the past decade, but it may be time to examine how this affect the more recent players. Any rising group can be easily infiltrated, and is never going to evolve anymore beyond being a “farming” ground for the bigger groups, or will implode from being destabilized from inside to the profit of the already established groups that can keep their hand in all the pies all the same time with anonymous alts.

The game should allow new entities to grow with players whose in-game experience and loyalties can be established with their pilot’s histories and the influence that each player can wield is made visible by linking together all their alts publicly, after giving current players a chance to choose the alts they will chose to keep to represent their in-game experience going forward. I do support making Skill Points another commodity through the recently announced transneural packages, and I would also lobby once this feature is implemented to remove the character bazaar entirely, so that all pilots history and name remain tied to the player that created them in the first place.

I am very active, passionate about Eve, and representing a play style that is not currently represented int he CSM. I have experience with Confluence, and am familiar with Agile development cycles and communicating across teams.

Keep the level of CSM members' activity visible, and kick inactive CSM members every quarter.
Report CSM members feedback once the NDA requirements for each feature can be removed so that people can see what they stand for.


In your opinion, how can CCP keep EVE fun for as many players as possible?

By having a CSM that is representative of the widest range of play styles possible, rather than having it trusted by power players and their representatives, whose only goals are to protect their established interests.