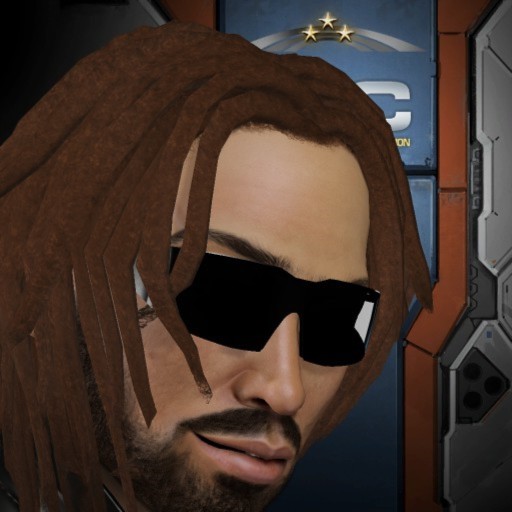 I am a Candidate for NRDS, NPSI, fleet combat and promoting iteration.

Hello, my name is Jin’taan. I am a member of Pentag Blade, a member corp of the Curatores Veritatis Alliance, which in turn is part of the ProviBloc coalition. I – as with many players – enjoy a myriad of things within EvE, but my primarily role is that of an FC. I love nothing more than finding fights with anywhere from 2-3 buddies, to 200 of them with all the trimmings of a fully formed strategic fleet comp. It’s something I’ve done for over a quarter of my life, and it’s my experience with this that I feel I can bring to the CSM, as I’ve experienced it in every area of the game, from CTA’s in null to anti-wardec fleets in highsec.

Along with it, I bring a lot of time, dedication and passion for the game. I want to use this to help drive discussion within the CSM, and help CCP work on both the big topics the CSM is normally asked to aid with, and also to help with ensuring that community response and emergent gameplay is brought to the table and taken seriously.

I don’t bring a list of changes I’d like to make to the game, nor a list of political election promises. I pride myself on being open and honest, and will continue that into the CSM should I be elected. The only agenda I will be driving is on opening a conversation with CCP on iteration, and trying to ensure that EvE continues to be the game I love.

I’ve experienced a good amount of the content that is available in the game. I’ve lived everywhere from Hisec to WH’s, and tried to experience as much as I can in each of those locations, diving in with a spreadsheet in one hand and dragging a few friends along with the other. I’ve mined, I’ve hauled, I’ve built, I’ve FCed Incursions in Hisec and Nullsec, I’ve run moon mining PoSes and strategic deathstars, I’ve led oldschool Dominion sov wars from both sides, and I’ve fought in the current system. And that’s just a fine selection of it. EvE is a game with a million opportunities, and if I haven't tried it, I'll likely do it in the future.

Outside of the game I’m Aaron Denyer. I’m a design engineer, and work with GE and Airbus as a subcontractor. I’m used to attending meetings, and utilizing critical thinking within them to help stop one viewpoint from being drowned out. Plus, at the end of the day, I intend to come to Fanfest. So expecting people to not know who I am in real life would be kind of defeating the point, as meeting up with the people you’ve known for years through EvE is half the point of it.

The first and biggest issue facing EvE is the lack of iteration. Many changes, or even whole features are introduced, figured out or rendered broken, then left to languish for years at a time. This is something I feel that drastically cuts down on player retention and activity within the game. IF you found out the mechanic or playstyle that attracted you to the game was broken, or under-utilised, or just plain terrible, it could really turn you off from a game. This is something I think the CSM is uniquely placed to help facillitate, and I go over it in depth in my forum thread.

The second biggest problem facing EvE is the emphasis on using 'sticks' to drive wedges between player groups and to reduce things such as power projection or sprawling empires. Sticks on their own leave a horrible taste in people's mouths, as they make life for the average player worse, without greatly affecting the larger groups ability to do what it does. There should be more incentives for regional powers to engage in medium scale conflicts and skirmishes over resources, or for smaller factions to break off from bigger coalitions, as opposed to sticks to make living in the big coalitions harder.

The third is speed creep, and the ensuing devaluation of Battleships. This is a well trodden areas so I won't go in depth, but I feel that Battleships need better support than is currently available. They don't need to be buffed per-say, just need access to supporting tools that enable them to force a fight more effectively than how the current game allows.

Because of my ability to look at both sides of an argument. I pride myself in my abillity to look beyond my own perspective and be able to break down why I - and more importantly those who disagree with me - feel so. If there is a prevailing feeling in the room, I will attempt to question and criticise any underlying assumptions before moving on.

I feel like the CSM needs a lot of work internally. Relationships must be mended, and bridges unburned. This means electing the right people, who will be able to be useful to CCP, and unwilling to be Yes-men to them as well. But more than that, I think the biggest problem is the lack of communication between CCP and the CSM as to the intended effects of changes, and from the CSM to CCP as to what gameplay they feel is toxic or degenerate.

By making content accessible, without making it meaningless. That doesn't just mean PvP, that means Incursions, market manipulation and industrial teams, and a million other occupations need to be catered to. I've long been a proponent of using a 'Social Groups' structure separate to the alliance/corporation mechanics of the game to allow for the formalisation of 'channel based' communities. However an introduction like that is out of the range of what I feel a CSM can propose to implement and expect to achieve.

Tweetfleet Slack (@jintaan). I'm incredibly active on there, along with a large number of my fellow CSM aspirants. Feel free to pose questions to me directly or to the chat as a whole. As long as you tag me, I will get back to you.

I'd have to go with a pirate theme. Specifically, an expansion dedicated to fighting pirates, or with them. The reasons for this is threefold;

First, it gives a nice lore tie in for a massive PvE overhaul that would provide a larger amount of content to a large portion of the userbase. Secondly, it would provide a reason to introduce Pirate Battlecruisers, which would give interesting content to existing players, especially PvP players. Finally, it would provide a perfect way to focus marketing for the game on one of the most initially attractive careers in EvE, that of piracy, or of hunting pirates. Framing it as a choice between aiding the empires or working for the pirates within player groups, and potentially making an advert that highlights the inevitable betrayals and dramas within those groups would help bring in a new generation of players.