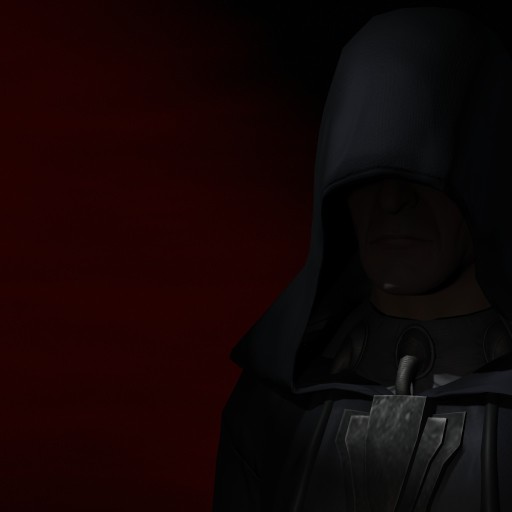 Greetings! My name is Mr Hyde113, but most people just call me Mr Hyde or Hyde.

I have been playing EVE since 2005 and for the better part of those 10 years. Over this time I have dabbled in many aspects of the game, but have always had an underlying focus and passion for PVP. My corporation history has been long and varied, but I have always maintained friendships with players from my long time in this game, regardless of corp/alliance or politics.

Although my main focus in the game for the past year or so has been Solo PVP, I have had extensive PVP experience in many other forms of combat in everything from Triage/Logistics to Dreads to Subcaps.

I produce Solo PVP videos and streams for my Youtube and Twitch channels, which I try to make entertaining and educational. One of my favorite aspects of this is helping players (new and old) with solo/small gang pvp, whether that means chatting about strategy/tactics in my in-game channel, or helping players with fittings by evemail. I have found it to be a really rewarding experience, both in improving my own piloting, as well as connecting with the community.

I have never considered running for CSM before, but feel that the game is at important stage in its continued development. If CCP still sees value in consulting with a group like the CSM, I would be honored to participate and lend my experience to the process.

I believe my long experience in the game, gives me a unique perspective as a candidate, since I have seen the evolution of EVE over my 10+ years playing and know what works and what doesn't.

I have been playing EVE for the better part of 10 years now and have grown up with the game. Over this time i’ve been involved with a myriad of groups; from ASCN and INFOD in the old days to FW lowsec groups like SOTF and Wolfsbrigade, then finally to Suddenly Spaceships and Black Legion more recently. I am currently in Pandemic Legion, and joined following the dissolution of Black Legion this past year, but have functioned more or less as a solo player for the last 2 years.

These days I spend most of my time in-game roaming low & null sec as a solo PvPer, making videos and livestreams, as well helping/teaching people who reach out to me with fittings or PvP tactics. People from all corners of New Eden will mail or convo me because they are interested in solo, and discussing and teaching are some of the most rewarding memories I have made while playing EVE.

As far as real life experience goes as it pertains to being a good CSM; I am currently a Law student and would like to think that the skills of this profession like persuasive writing, logical argument, and balancing efficiency with fairness are valuable in a candidate. I also have had experience through my Youtube/Twitch channels with video editing and interacting with the community through video, which I think can be an important platform in strengthening the relationship between CCP, CSM, and the community.

(1) Ship Meta/Balance: Ship balance changes over the last few years has led to a major decline in the popularity and viability of larger sub-captial ships, with pilots favoring the convenience, speed, and low-risk provided by smaller ships. A healthy pvp ecosystem requires constant balance work to achieve, and CCP and the CSM will need to work closely together to remedy some of the problems in the current meta.

(2) New Player Recruitment / Player Retention: EVE will only continue to flourish as a game if we can continue to attract and keep players in the game. Steps have been taken by CCP over the past few patches to ease the learning cliff that EVE often intimidates newer players, such as starting skill re-balance, no clone grades, skill injectors, ect. Focusing development time on the new player experience and providing a solid tutorial and introduction to the game goes a long way in keeping EVE viable for years to come.

(3) Conflict Drivers: Although EVE is a sandbox, players still need incentives to risk their ships and fight. We have seen a recent period of stagnation in major conflict, with most battles and wars occurring without real stakes involved. The citadel expansion and followup releases will be key to giving players new reasons to undock and blow each other up.

I am an effective and reasonable communicator, and feel that I could have a great working relationship with other council members as well as CCP Devs. I pride myself on being able to take my personal interests out of the equation when discussing balance and development, and feel that my experience would be valuable in this process. I hope to be elected on my merits as a pvper and experienced veteran, and think that these qualities would garner respect for my opinions and ideas on the CSM and with CCP.

A more unified or structured communication system between the CSM and players could go a long way in rebuilding the institution in the eyes of the players. Right now individual members have ad-hoc relationships with different parts of the community, which is fine, but maybe having an official CSM blog of sorts that is published with updates every month would be a good place for people to look. Apart from that, instituting a much tougher ethics system for CSM members regarding breaches of the NDA or their duty as CSMs is something I would like to see.

CCP needs to be light on its feet and responsive to feedback before major changes go live. Being transparent and open to changing their ideas based on the playerbases' reaction is very important to keeping a small but dedicated community like EVE happy. In addition, focusing efforts on marketing EVE to new players and keeping the subscriber count rising is essential to the continued viability of EVE in the long term. Without new players, EVE will wither and slowly die and anything CCP can do to make the new player experience better is a winning strategy.

I am active on several platforms: Reddit (/u/mcchaverson), Twitter (@MrHyde113), Tweetfleet Slack (@mrhyde), and by EVE Mail (Mr Hyde113). Sending me a reddit PM or tweet/DM is the quickest way to get a hold of me since I have them on my phone, but for PVP help/fittings I prefer EVE Mail since I can link fittings/mods in game for you.


If you could choose the theme or content of one of the upcoming releases (expansions), it would be:

I would love a release to be centered on battleships and making them rise to their former glory again. We have seen many expansions focused on smaller ships over the past year and I would love CCP to focus on a theme of bringing everyone's favorite hulking subcaps back into the forefront of EVE combat.