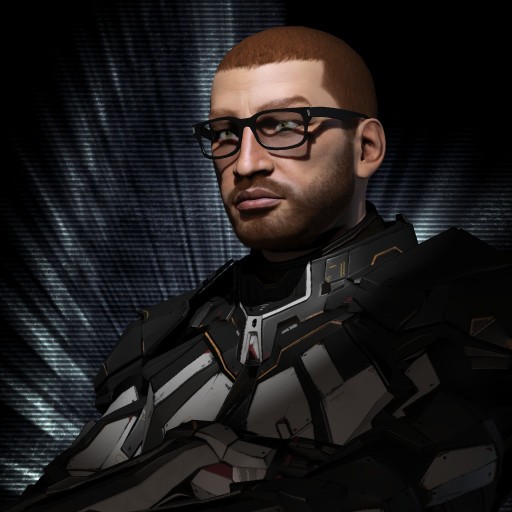 EVE should stand out today mush as it stood out 13 years ago: a game involving choice, risk, and consequence. A game where the player is not the central focus of the story propelling the EVE universe but one making their own story alongside or even against it. I believe EVE is attractive because of its complexity and layers. If elected for the CSM, I look forward to promoting those three things: choice, risk, and consequence.

To view my complete Campaign statement or ask me questions via the EVE Forums, feel free to read more and post here: https://forums.eveonline.com/default.aspx?g=posts&m=6315550#post6315550

My experience ranges from bumbling newbie to a Null Sec Alliance Diplomat. The game has grown on me extensively over the years as CCP has changed and grown with the game itself.

I help people fix problems and am a family man.

I believe the biggest issue is what any game company faces: maintaining interest in the game. EVE delivers Science Fiction conflict very well so the issues that would effect EVE's longevity: conflict drivers, access to PvP, and places of respite

I am interested in the game's overall longevity and am not interested in representing a specific alliance or coalition. As such, I will be effective in presenting and critiquing ideas and plans that are brought up.

Diversity of representation is the best improvement for the CSM as well as limiting access to NDA content.

Conflict, supporting story, and new and different ways to engage or disengage other players. Conflict from resource depletion, be it Ore, NPC rats, or Missions, scarcity of resources will generate conflict. The supporting story behind EVE, the Jove, Sarum, the Drifters, Caldari vs Gallente politics, etc all gives the EVE universe momentum and explains current and emerging technologies. Being able to PvP against other players as well as being able to run and hide from the ones who want your frozen corpse, is important. While players should be able to shoot each other, they should also be able to find places in game to recoup losses and rebuild moral - be it high sec, low sec, null sec, or wormhole space.

Either via the Forums where I mainly lurk in the Technology and Research Center or in game via email or convo.

Next Episode EVERYONE Dies! (again... and again...)