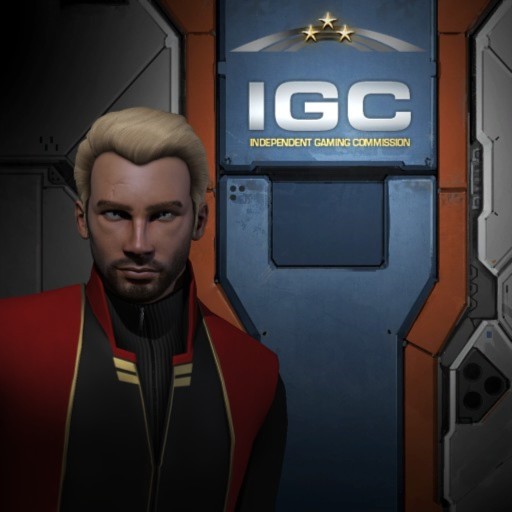 I want to put all the enthusiasm and passion I have for this game into serving it and the playerbase to the best of my ability. I am not running for this position for my own ego or for more publicity or anything like that, I would want to do it even if it were anonymous. To explain what I want to do in its most concise form is I want to be the person who listens, compiles feedback, organises it in an intelligible and relevant manner, and then present it up and down the communication chain. This, in my opinion, is what the CSM is for, and this is what I want to do.

I created my character in 2010, joined a mining corp and had several stop/starts to playing. After an extended break I decided I wanted to learn about the game properly, get out of mining on my own and thus joined EVE University. In EVE University at the time, there was one scheduled fleet per week called “noobs on patrol”, I didn’t want to wait a week for another one so after something like my second fleet I started taking them out daily, sometimes more than daily. To this day i enjoy maintaining a presence there, I am a guest lecturer and FC, and I have recently started running a focused, hands-on FC training program for them to encourage the next generation of content creators.

After something like eight months I joined SniggWaffe with the expressed interest in furthering my ability in FCing. I listened, learned and similarly to E-Uni, I earnt my place as one of the main Waffle FCs. To this day I am one of the senior directors for them. My love for FCing and fleet combat grew and grew as I got to experience more fleet doctrine ideas, experiment with my own and roam, attend timers, fly in low and null, and fight in everything from huge battles to tiny skirmishes. I’ve FCed public roams for various groups and been invited to different corps/alliances to discuss doctrinal design and give advice to their fleet commanders. It was during my time in Waffles that I attended my first Fanfest (just booked tickets to 2016, yay!) where I got to present at the last Alliance Panel (and was the final speaker, I hope it wasn’t me that killed it). Waffles was also where I found my love of EVE tournaments, and was surprised to find myself casting ATXII, despite being a much younger player than all the others on the panel.

In November of 2014, I took the plunge and moved to Sniggerdly in PL, tried FCing in a vastly different environment and got to take part in fleets so unlike anything else I have ever done. One of my favourite things about PL is that for a younger to middle aged player it is an amazing learning environment. More recently, my attentions have been focused on the AT and now #EVE_NT Collides both casting the main tournament and hosting the new Fight Club tournament to let less established groups dip their toes into the tournament waters, as well as trying out soloing and a few other projects of parts of EVE I haven’t really interacted with before. This is one of the wonderful things about EVE, there’s so much to do! Even outside of the game there’s amazing meetups to attend to meet the real people behind the characters. I even got invited back to cast ATXIII!

I'm a mathematics degree student who is also involved in the performing arts, and I also really enjoy playing Dungeons & Dragons. I teach Maths & Physics at GCSE and A-level (That's 14-18 year olds).

- The continued development of sovereign nullsec mechanics and gameplay. Sov null is a giant pull for a large portion of the playerbase, as well as the big headlines we get to advertise to the wider gaming and even non-gaming community.
- New player retention. We continue to face the 3 months drop of points for players to find the part of EVE they might love, or to integrate themselves in social groups which shows them how amazing this game is and make them want to keep playing.
- "Quality of life" improvements. From logistics to corp/alliance UI and tools, doing the back-end work for alliances should not be a pain because of the client itself.

I have the time, energy and passion to put into being the best CSM member possible for CSM11. I have a wide variety if ingame PvP experience, have established good relationship with CCP and play the game with players of all skill levels and interested, from the youngest newbies who are still finding what it is they want to do in EVE to the oldest bittervets who have been playing since beta.

The CSM has had a lot of delegates who are completely inactive, or even create a hostile environment. These delegates need to be kicked out of the room as soon as it is evident that this is going on. Some delegates have done absolutely fantastic work, and I hope that we as the EVE community will take more personal responsibility in voting for those who are going to be solid delegates, who aren't necessarily the same people that some alliances want to have voted in just so they get an ear in the room.

Personally, I think that over the past few years CCP has been doing better than ever. We have a solid mix of iterating on old content and ~new things~. There's a lot of work still to be done but personally I think that CCP has been heading in largely the right direction.

I lived in FacWar space as a pirate for a long time, and I would love to see the core FW mechanics receive some TLC.