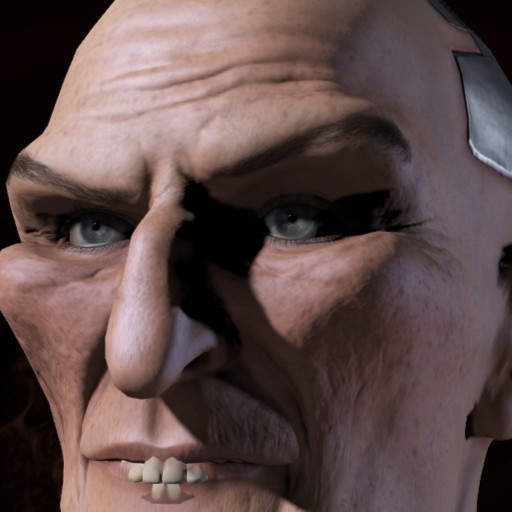 Nullsec should be livable by small groups and the mechanics which force the existence of the mega coalition should be fixed.

Eve PVE is a mess and should be one of the top priorities as far as getting the PCU counts back up. It's not enough to add or modify an existing PVE mechanic, a system is needed through which new PVE content can be added constantly.

I first played Eve immediately after release but quit shortly after. The game finally stuck for me when I joined Goonfleet in 2006.

Over the years I've done just about everything there is to do. Mining and mission running, incursions and a brief stint in wormholes. PvP ranging from solo to helping coordinate thousand man fleets. Managing logistics for the game's largest capital fleet and dealing with the IT necessities of the largest alliance in the game.

Today I'm the server admin, though I also deal with internal disputes by banning everyone involved. I also ran our capital/supercapital groups for some years.

The current sov system is a mess. Attackers require no commitment and so are free to harass sov holders from the safety of npc space with little risk to themselves. Just how bad this is can be seen not by the people who are currently dealing with it, but by the people who have abandoned nullsec because they cannot.

Eve PvE is the oldest thorn in the game. You won't find many people who say that any of it is interesting and yet it's the single biggest driver of player counts in any game. NPCs are boring to fight everywhere and incursions are ridiculous is faucets to boot. Mission runners are able to quickly memorize every mission they will face. It's not enough to just add yet another type of PvE, what we need is a PvE system that can be continually expanded. CCP should be able to have an intern cranking out new content weekly, this kind of thing shouldn't rely on long term expansions.

Before the rise of logistics, PvP was largely a slugfest. Ships would warp out as they could but for the most part it was a matter of which FC and which fleet could kill more of the opposing fleet faster. Since then, there has been a continual arms race between effective hitpoints and fleet alpha, steadily driving EHP higher and fleet sizes bigger to supply the needed alpha. The days of being able to take difficult fights and still get your licks in came to an end, today if you try that you wind up with a dead fleet and nothing to show for it. More recently we've seen the rise of the cowardfleet, the k/d ratio driven fleets which are built to get a couple of kills and run away the moment the fight starts to turn. Bring back the bloodbaths.

I have a solid understanding of the game and the interactions between its systems and the Imperium backing me.

By no longer tolerating NDA violations and dev leaks and working with the CSM instead of against them.

It'll be unpopular but the single objective answer here is to make PvE fun.

A better answer would be to stop punishing the people who are the content generators.

Bringing back the bloodbaths of old.