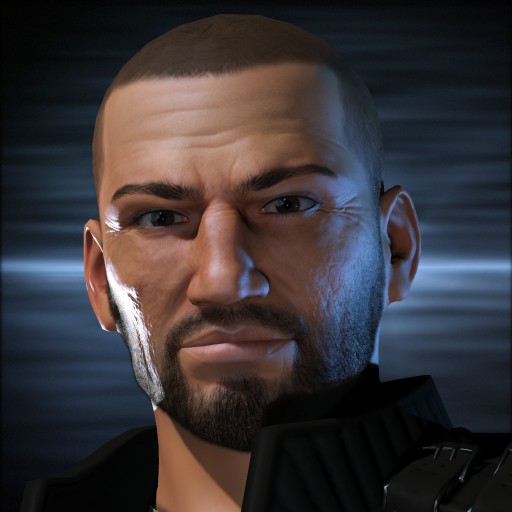 My name is Niko Lorenzio AKA Nikolai Vodkov and Valkyrie D’ark. I’ve been playing since 2004 and while I have a wide range of experiences, I am most known for founding Pro Synergy. Pro Synergy is a salvaging service, the largest independent corp and the only true franchise in EVE. We have helped hundreds of newbies find their calling, serviced thousands of mission runners and processed trillions of ISK worth of loot.

It is my hope to have the privilege of serving you on CSM XI. If elected, I would use this opportunity to do my best to convey to CCP the importance of:
* Expanding the social sandbox
* Improving communication with the players
* Encouraging player driven narratives

I joined EVE in 2004 and have since experienced many different aspects of the game, including but not limited to:

* Living in HS, LS, NS and WH space. I would say my heart lies with low sec though.
* I have ran and been part of corps/alliances both small and large.
* I love all forms of PVP. I have FC’ed small/medium gangs and been part of larger NS and NPSI fleets.
* I played solo for my first year, roaming New Eden, charting, exploring, smuggling and freelancing.
* I spent about a year in Amarr Faction Warfare.
* I have been involved with industry for many years including setting up and running of production chains, POSes, reactions, mining fleets and trading conglomerates.
* I have extensive PVE experience including HS/LS/NS missions, level 5s, FW, Incursions (WTM), COSMOS, Storyline, static plexes, exploration, mining, C1-4 Wormholes, etc. etc.
* I regularly visit career system, helping newbies understand and experience the beauty of EVE.

Some of the notable highlights:

* In the early days I moved our corp (UED) to Khanid LS. We were very green and facing fierce opposition from veteran pirates who were decimating the local constellation. We persevered and managed to not only survive but establish our medium sized corp (~50 players) as a local regional power. This period is what I would call my golden age in EVE.
* In 2010 I reformed UED as a HS Industrial corp. It has been running successfully without interruption since.
* In 2011 I founded Pro Synergy Salvaging Service corporation. Today Pro Synergy is the largest independent corporation in EVE, has helped hundreds of newbies find their calling, serviced thousands of missioners and processed several trillion ISK worth of loot.

I used to work at a mental health facility so I already know how to deal with the nutcases.

Stagnation in player activity - From nullsec to high sec, there seems to be a noticeable decline in player driven narratives. Less and less players are willing to get emotionally invested and motivate others to get involved in meaningful, long term endeavours. At the same time many older players who invested years of blood, sweat and tears are burning out and quitting or taking a more laid back approach to the game.

Lack of coherence from CCP - Success of a niche product or service does not depend on its ability to appeal to most people. It depends on it’s authenticity and commitment to the brand’s principles. We have been seeing many conflicting messages from CCP that contradict each other and their stated goal of game’s development. This undermines trust and fosters feelings of uncertainty among their most dedicated players.

Communication - This is probably the biggest issue currently facing CCP/Player relations and by extension EVE. Far too often, CCP has dismissed the efforts players have invested into CSM, focus groups and general feedback. The result is resentment, apathy and distrust. Some players, feeling disenfranchised and exhausted by their wasted efforts scale down their involvement while others completely withdraw from EVE. Often these are some of the most passionate people that dedicate themselves to improving the game and providing entertainment and content for their comrades. In a game like Eve, the loss of these people diminishes the universe and has far reaching consequences that affect more than just them.

I have the experience and knowledge to contribute to the discussions.
I have the passion to dedicate myself to the CSM for the entire term.
I am patient, honest and a teamplayer which would help with holding dialogue with CSM and CCP.
I can see and analyze an issue from many different angles.
I can detach my personal interests from discussions as I have a broad perspective and tend to view things on a macrolevel.

The ideal scenario for me would involve removing the NDA from game related discussions and CSM activity. I would like the CSM to act as a bridge between the players and CCP. To do this effectively we need to be unrestricted by NDA in order gather feedback from the players and deliver it to CCP in a more personal format.

I basically see two kinds of players in EVE, those who create the content and those who consume it. Player stories and actions have always been the main attraction of EVE. CCP should inspire more people to be bold and create the narratives that other people can relate to and join.

The best way they prefer: