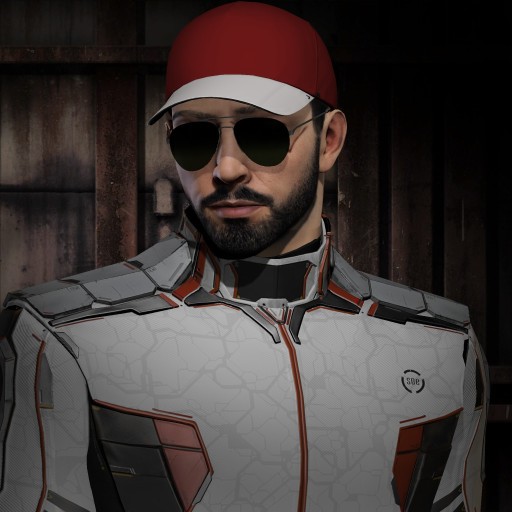 I would like to change the face of the CSM as I am not a member of the “old guard” which has been prevalent for years. I do not have the goal of trying to return to old, but rather how to better the future and believe the only way to do this is to mend the relationship between the CSM and CCP. I feel by doing this the CSM can again be a relevant contributor to the game we all love and play.

I am an avid Eve player involved in a very broad spectrum of game play since 2012. I have participated in virtually all forms of PVP/PVE in all levels of security space including wormholes.I am heavily invested in multiple disciplines. I am a director in both a null sec corporation as well as a wormhole corporation.

I am an engineer with a security clearance that has worked on virtually every aircraft the U.S. Navy operates. I currently work on the A-10 jet for the U.S. Air Force.

Stagnation over all for the player base. Other than fighting other players simply for the sake of content there really isn't a drive to take over other player's space. Likewise the PVE in Eve in general is fun for about a week before it just gets repetitive.

New players do not have a good communal meet up to participate in group activity beyond missions. Private Chat rooms are only really known to those who have already been there or heard about it from someone else.

Changes made to "balance" aspects of the game which are made without considerations for consequences said changes have on other unrelated forms of gameplay.

I am an engineer who deals with a NDA on a daily basis. I am well aware and experienced in how to discuss sensitive material but to a level that does not breach NDA yet still give people limited insight. I also have excellent communication skills with people and well experienced in realistic goals for progress.

I think the CSM simply needs to be utilized more by CCP for input. However this is problematic when the relationship has deteriorated to the point that neither side trusts each other any more. I think the first thing that needs to be done is to mend this relationship and give CCP a sense of confidence they can talk to the CSM without repercussions.

CCP needs to continue to provide new and engaging content that isn't the same grind or just an altercation on established practices. Give the player base a reason to use different doctrines rather than simply trying to make all "equal". This can be applied to both PVP and PVE.

My twitter account will get the fastest response. I will respond faster to that then any other means of communication. However eve mails, and forum posts will be responded to as fast as possible.

Massive modification to PVE. Across all forms of space so that it isn't simple a grind that can be gamed due to repetitiveness but something that is engaging and meaningful. This would both quell PVE stagnation as well as limit the amount which PVE can be farmed.