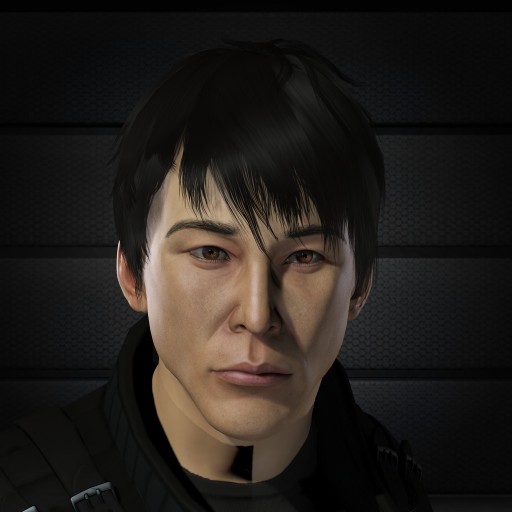 I am running on a platform of improving accessibility for disabled players, to allow them to fully experience all that Eve has to offer. As a disabled player myself, I am keenly aware of the obstacles faced by players with disabilities, and of the little changes that can make a big difference to our game.
My other focus is on lowsec, as this is my home in eve, and I feel that a fresh look at this area of space would improve life for all players in lowsec, from miners, to FWers and PvPers.

I have been playing Eve since July 2012, and I am currently a low sec solo pirate in Stay Frosty. I have taken part in the Alliance Tournament as the team captain for A Band Apart as well as the New Eden Open II for Stay Frosty. I am also the diplomat for A Band Apart, so have experience dealing with a range of players and tense situations.
Outside of this, I have tried many activities in Eve, from mission running, through mining, and even hauling for Red Frog for a while. I have also lived in WH, highsec, and taken sov after Aegis sov when our alliance briefly owned a system in null.

I spend a lot of time learning to work alongside new people, and this has given me skills in adapting to different personalities. I am very good at listening to others, and taking on board their points of view, even when I disagree. I am capable of taking the lead in a discussion when required, without dominating the discussion and drowning others out.

#1: New player retention, this has been an ongoing issue for many years now, and is something CCP are looking at, and hopefully can be improved.

#2: Lowsec is often overlooked in development, and it has been a while since any major game changes happened there. The risk/reward is just not worth it for players to live there at the moment.

#3 Accessibility for disabled players. This would open up eve to a whole new segment of players, and allow for more playstyle options for players already here.

I am very dedicated to everything I do, including eve, and I would bring this dedication to the CSM. I want the CSM XI to be a great success, and I am determined to do everything I can to make this happen, I understand the difficulties recent CSMs have had, but, I believe with the right people on CSM XI, these can be overcome, and I want to be a part of rebuilding the trust between CCP and the CSM.

There should be more consequences for breaching the NDA than just being removed from the CSM ,leaking information and using insider information damages the reputation of the CSM and harms the relationship between CCP and the CSM.

I think that one of the things CCP can do to keep eve as fun for as many players as possible, is to make eve more active, so there is less reliance on alts to make things manageable.
An example of this might be making mining more fun by aligning mining lasers to the target asteroid to get higher yield, or by bringing in rare anomalies with 15% and 20% ores to encourage players to actively search for them.
FW could also be improved by making it about actually engaging the enemy rather than just orbiting a static object.

You can contact me via twitter, join my In game chat channel 'Beyond Boundaries', convo me or send me an in game mail. But if you can i prefer Slack. It pops up even when i do other things.

I would love to see a FW based expansion because it has been a low priority for a long time. It would be awesome to have 4-way wars, pirate faction warfare corporations, and more fighting. Fighting is good..Yarr!