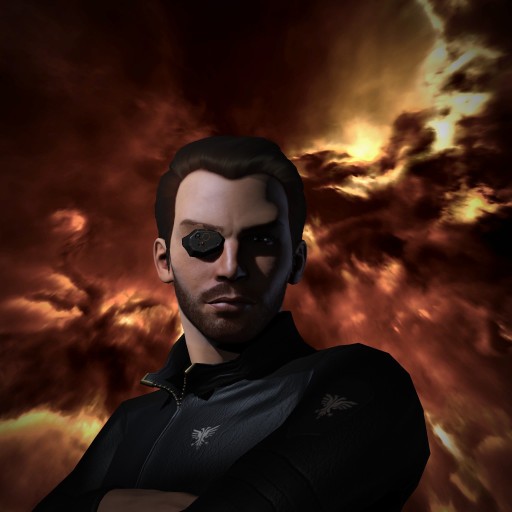 My Name is Falck Longbottom, and I am part of Eve University

Compared to many other CSM Candidates, my main focus is on the Industrial side of the game together with the Lore side of EVE. I am what most players would categorize as a carebear… I rarely do pvp in general: simply because that's not the game I am in love with. That's not saying pvp should be removed but i think we have plenty of players and CSM candidates to fight for getting those things into the right shape. I therefore hope to help CCP make sure the other areas of the game get some extra love.

My 3 Main focus areas are the following:

Industry
I believe that the entire industrial side has been stagnant for a long time, many things are at a standstill. Examples would be PI, moon mining, and how production in a POS works. But there is also the entire opposite side. If you look at the market many of those things need too many spreadsheets to make sure you actually can make a profit. I think this scares away too many younger players, so I support working towards making that whole process more clear.

Citadels
Like so many others i am looking forward to citadels but also i worry about implementation.. Ii hope to help make the changeover more clear for anyone in order to avoid speculation as much as possible.and make sure that this change does not discourage fights.
Also I am interested in looking at the introduction of the future versions of structures.

Lore
I hope i can help make sure that the lore in EVE continues and expands. I think it has been standing still and moving slowly. We have the Scope videos that give us some awesome updates, but much lore is happening without any direct public announcements. I want to give as many people as possible the chance to take part. Also, much of the old lore is often being ignored.

I started the game by joining a few different corporations eventually after a while joining “Eve University” learning the game. I eventually ended up becoming a staff member. and am now running events both in house and with corporations outside uni when the opportunity presents itself.

While in uni with my main I had alts playing around with the Industrial site of Sov. but moved back to npc.due to the collapse of things during sov changes.

I work as a Shop Manager at a big company. I have been part of the company's version of CSM. working on helping higher management get communication right when they are approaching everyone in the network.and help solve issues a way that is easy communicated for everyone.

I think the Industrial side of eve. in most aspects has been at a standstill for way too long.

The wardec mechanics:. when you look at the corporations that perma war dec 20 different corporations… seems to easy and cheap. I like the basic idea of it but there should be a better way to counter it. For example, by making attackers more vulnerable or something that provides more of a risk to simply just make the game more interesting.

Highsec Ganking is a huge part of the game and it should be. But I think that it is becoming so common possibly because it is too profitable.

I have a lot of real life experience being part of something like the CSM. and will be able to take advantage of this when working with CCP and the others in the CSM.
Also being part of E-Uni i have a huge contact base with new players and the staff and also with many of the other corporations around eve due to our neutrality


In what way do you think the CSM can be improved?

The CSM. should from CCP's side be used more to involve players. currently only a few of the CSM members are seen often.
that could be a way for CCP to avoid drama whit things like the Sov Changes and other changes to the game

Promoting community.. a ton of corporations have very good communities. and too many people leave the game shortly after they join because they never get into a community. Ii don’t think that is made clear enough for many players.


If a player wants to get in touch with you, the best way to contact you is:

Probably the best way to catch me quickly would be ingame mail or catch me online.. I am online most days 20:00-00:00


If you could choose the theme or content of one of the upcoming releases (expansions), it would be:

Lore. i mean industry is my big passion, but i love the lore side of eve and making lore more accessible for players and having players interact with the lore be a thing would be amazing