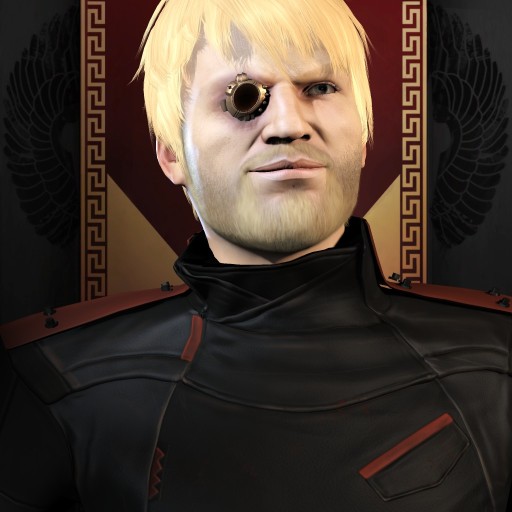 EVE Online should be fun. You have the freedom to do a lot of things in EVE, and it's up to you to find and make your fun. If you have fun in huge fleets fighting over nullsec sovereignty, great! If you like to strip mine asteroid belts in Highsec while chatting with your friends, great! Do what you enjoy, and don't be afraid to try out new things, because EVE is vast and you might find something you enjoy even more!

Highsec is where I have spent most of my time in EVE Online, and I want to ensure that the players that want to live in Highsec get to enjoy it. The main points of interest of my platform include:
- Making more missions and missions of quality, in addition to procedurally generated missions for players who want to run more challenging missions with friends
- Improving corporation UI and giving corporations more meaning and purpose than a simple title
- The implementation of societies as the social constructs that should be used for titles
- Reworking wardecs to reward activity for both sides
- Making a functional bounty system that is less easily abused
- Improving the new player experience with further education, especially in PVP

Hi there,
My name is Toxic Yaken and I'm a Highsec Pirate.

I started playing EVE Online two years ago with aspirations to become a pirate. I had dreams of living out in the far reaches of space and ransoming freighters, and yet after starting the game discovered that I would need a way to make money first. After learning how to mine I was hooked! I spent four months mining, mostly by myself, slowly acquiring a vast pile of ore and isk for my future endeavours and not really learning the game. Eventually my passive playstyle was punished as CODE. gankers destroyed my Mackinaw and pod, infuriating me. I wanted revenge and began searching for a corporation to teach me PVP, but ended up disappointed over and over. After another month I discovered the Belligerent Undesirables blog, which taught me of Highsec piracy, and started awoxing players in my trusty Thrasher. I learned to gank, scam, wardec, and hyperdunk with friends, and it's become the lifestyle I've always wanted. Over that time I flew with the likeminded corporations; The Dickwad Squad, Amarr Squad, Resolute Supremacy, Logitech Blasters, and my solo corporation Plunder the Wrecks.

While I still like to blow people up and amass a pile of treasure in my home of Madirmilire, I've decided to try new things because there could be even more things that I enjoy outside of piracy. Right now I am part of Rabble Inc. in the new -FEW- alliance, trying to take sovereignty in Geminate with some close friends and a bunch of newer players, and it's been a blast.

Outside of EVE Online, I’m an Acting Lead Hand for a large supply chain, so I supervise our team if one of our supervisors can’t cover their shift. I also handle training of our new associates and get to help with a lot of large projects. As a result I have experience with exchanging feedback and needing to approach problems from different angles to ensure our tasks remain efficient.

There are a lot of issues facing EVE right now, but I’m going to focus on issues I see with Highsec.

1) Wardecs are stifling for new players, and a lot of wars are conducted by simply camping trade hubs or systems between them and catching pilots. I would like to see changes that force aggressors to be more active in engaging their opponents and better incentives for defenders to be active during wars.

3) Player retention is a big concern with the amount of players that leave within the first few months of playing the game because of how many simply miss out on the wider game because they run the opening missions and want to do their own thing. This isn’t to say that there is anything wrong with this style of gameplay - it’s how I started playing, and I still fly solo a lot. But I think it is good to at least display more options so players can try them out. This game is daunting and simply completing the tutorial and going off on your own really doesn’t prepare you for the universe. I hesitate to suggest that players should receive mentoring from other players when they start the game so they can get started in doing whatever drew them into the game, but I would like to see that pushed a little more. With only basic PVE and movement lessons there is no setup for more advanced or PVP activities.

Put eloquently by Noizygamer - I am a sane representative from a group that is considered less sane. I recognize that my playstyle isn’t the norm and I will look at both sides of arguments instead of just blindly pushing my playstyle. I will represent all of Highsec.

Steps have been taken over the last few months to improve the CSM’s issues with communication with CCP, and ensuring that communication continues will be key to a strong CSM. When CCP wants to roll out new features giving the CSM more notice will provide them more time for proper feedback. While I would hope the next CSM is a little more drama free, that comes down much more to the professionalism of all elected members.

The most appealing aspect of EVE Online to be the freedom to do whatever you want. The introduction of skill injectors was a great step towards helping players reach their interests sooner, and furthers a player’s ability to do what they want. I think that PVP activities are very much up to players themselves to make more enjoyable, but there is room for improvement with PVE, which is very boring/grindy for the time being.

I have several channels of communication available for players who want to contact me including:
Toxic Yaken (IGN)
Toxic Yaken (Tweetfleet Slack)
@Toxic_Yaken (Twitter)
Toxicyaken@gmail.com (Email)

With the upcoming introduction of citadels, I would love to see a meaningful change to wardec mechanics. While citadels will bring significant change for those who can afford to set them up, for players who don’t set up structures there is no real incentive to engage aggressors because there is nothing to defend. What I would like to see is some sort of system that rewards corporations for being active for being active during wartime, whether you are engaging their ships, or continuing your mining operations. If your corporation were to meet certain metrics of activity during a war, it would acquire benefits, such as reducing the duration of a war.