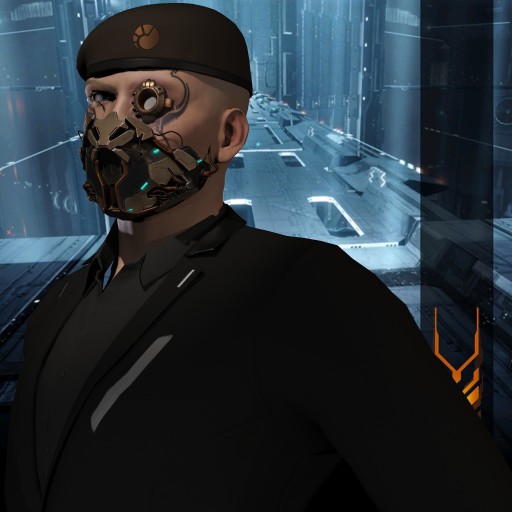 I'm Steve Ronuken, your friendly neighbourhood industrialist, and the proprietor of https://www.fuzzwork.co.uk (and evebloggers.com, evelexicon.com and a site I really need to finish and get out for the NPSI community. It'll happen this year.) On the side, I do a little missioning, exploration, and trading (when CODE. aren't blowing up my freighter.)

I support the following things.


Making information available to players, to allow them to make more informed choices. See my site for some examples.
Remembering the solo player. That's not to say everything has to be available to solo players. But they should always be considered. (see below for a definition of solo)
Industrialist lives matter.
Miner lives matter. (I'd like to see more options in mining. but this is rolling into junior game dev territory)
Highsec matters. It's where most people start off, and many stay. Nullsec has its place, and should have a few unique twiddly bits, but they shouldn't come from crippling highsec.
All sec spaces matter. They're different. They should remain different. And no one space is more important than any other. There should be reasons to go day tripping into lowsec and wormholed (where you become content for the people who live there) There should be reasons to control areas of nullsec. Bob is no laughing matter in wormholes.
All ages of players matter. From Newbies to Veterans. Eve doesn't have an End game. And it should stay that way. And while the NPE needs work (and always will, tbh, until we get AIs to walk everyone through stuff till they're comfortable) that doesn't mean that everything for Vets should be ignored.
PvE and PvP are equally important. Dull PvE leads to players who fund their PvP with it, getting bored and walking away.
PvP and PvE should be more similar. More variety, and having to use PvP style fits when missioning/running anoms. The concept of a PvE fit rubs me the wrong way.
Third party development - (added because people bugged me to, on #devfleet) I'm one of the primary sources for the static data export many sites depend on. I run a site which appears to be pretty popular. I'm deeply plugged into that community, of third party developers, many of whom make their tools freely available regardless of affiliation. As such, I have a very good grasp on what they want, and what I should advocate for on their, and your, behalf.

When it comes to things in Highsec, the only things I've not done are ganking, highsec wardeccing (as an attacker) and incursions. Everything else, I've got a firm grasp on.

For the last 15 years, I've been a sysadmin for an SME. As such, my skills need constant updating (The queue is never empty ;) ) I've had to deal with a wide variety of people, from our own developers, to the people who use our software, to the vendors who support us. As such, I've learnt how to pitch things at an appropriate level, for the people I'm talking to.

CCP need to follow through on some of the changes which are in progress. Like finishing the new structures, not just putting out citadels and calling it a day. They need to put in manufacturing, then tie in sov, and things like jump gates.

Discoverability is a major concern. There's so much in Eve that's just _hard_ to find out about. It also ties into the next point.

Better social structures. While we have groups like the various NPSI groups, and SIGs in some corps and alliances, there's no internal structure for them. I'd like to see that change, so A, people can find them to join, and B, joining them doesn't involve just having a mailing list. So they'd be somewhat like corporations that people can be a member of multiple.

This would be my third term. As such, I have a working relationship already established with a fair number of CCP devs. I know who to go talk to, when something comes up. I'm also a known quantity for CCP, which will make the transition easier.

Faster reactions, for when problems arise, to try and get them resolved before they become major.

That's a very hard question to answer. EVE is a different game, for different people. They have to keep iterating on things, to keep them ticking over, and keep things from getting stale.

Social groups. (assuming the structures are being completed.)